During our Berlin Germany visit we stayed at the Tryp Berlin Mitte Hotel at Chausseestrasse 33, 10115 Berlin for 5 nights and was not disappointed. The staff were very friendly and spoke english very well which helped a lot. The hotel was nice and new and room very clean. The bathroom had a lovely large walk in shower. There wasn’t any tea or coffee making facilites which I would have liked. Hopefully they will included this later, also the tv only has 2 english channels which happen to be the news, so you might want to take your laptop and watch films on that. Like with any trip abroad it is necessary to rest and chill in your room for a bit. If your room does not have the facilities to do this it makes the stay there more tedious.

The buffet breakfast was great with plenty of choice. It is right near the U6 subway so getting to the centre was easy. The internet it very expensive, but we found a cafe about 5 mins walk down the road called Vertigo and they had free internet. Please take note that most of the shops close on Sundays. We also ate at a lovely italian restuarant. Turn left out of the hotel and it is further down on the left approx 200 metres. Would recommend this hotel and will consider staying here again when I next visit Berlin. http://www.tryphotels.com/en/tryp-berlin-mitte-hotel-berlin-germany.html

Seeing Berlin sights on a Segway was the best. We booked a segway tour online before we left. It is cheaper if you do that and more likely to availability during the time of your stay. Our guide Marriette was very patient and made the tour fun and very informative. It was unnerving to begin with but after a few minutes practice I soon got the hang of it. I didn’t want to stop. My wife also enjoyed it very much. This is one of the best ways to get around and see the sights. We took the 4 hour tour but never tired of it. The group was 8 in number so nice, small and friendly. If you get the chance to visit Berlin, you must go on a Segway. You will not regret it. Have fun and many thanks Marriette. 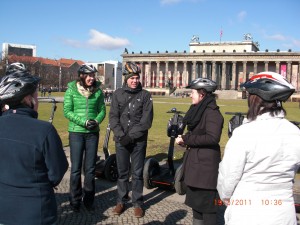 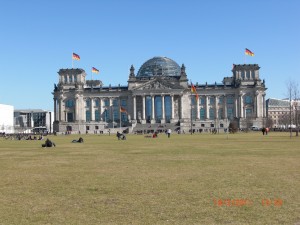 The Reichstag – was constructed to house the parliament of the German Empire. It was opened in 1894 and housed the Reichstag until 1933, when it was severely damaged in a fire
http://www.bundestag.de/htdocs_e/visits/kupp.html 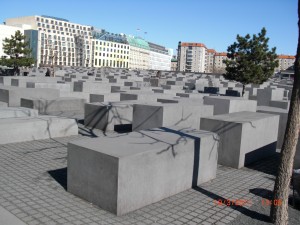 The Holocaust Memorial in Cora-Berliner-Straße 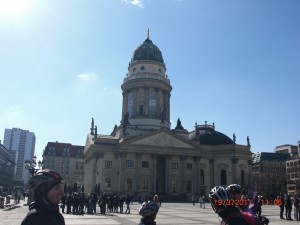 Bebelplatz, where the Berlin book burnings took place. There is also a memorial to this. 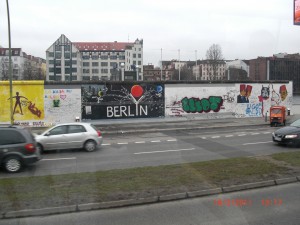 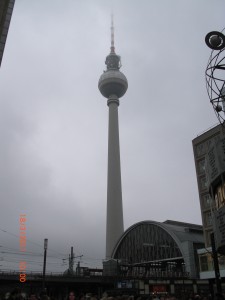 The Berlin TV Tower – Close to Alexanderplatz, constructed between 1965 and 1969 by the former German Democratic Republic administration 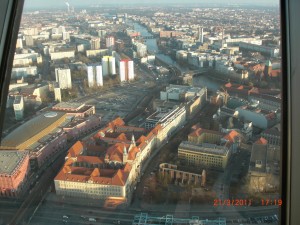 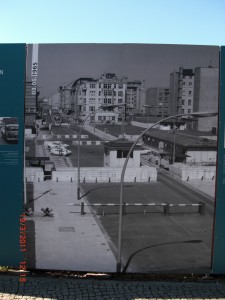 Photo of a photo of Checkpoint Charlie 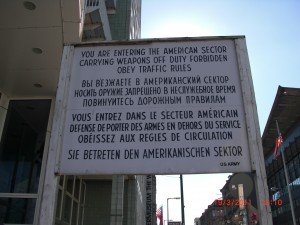 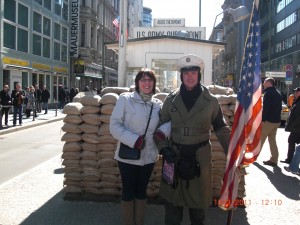 Checkpoint Charlie – Worth the photo with the American soldier.

We also went to the Stasi Prison in Berlin. Berlin-Hohenschönhausen Memorial Genslerstraße 66, 13055. It was a short bus ride away from the centre and easy to navigate to. As long as you have a map. The entrance fee was quite cheap and there was a free guide to show a group around as well. 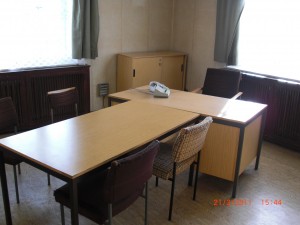 One of the Interrogation Rooms in the Stasi Prison 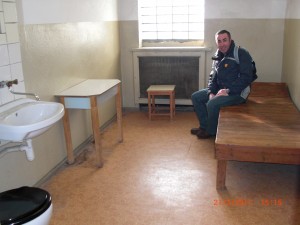 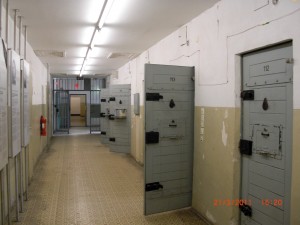 Some cells in the prison where prisoners were inerrogated and held 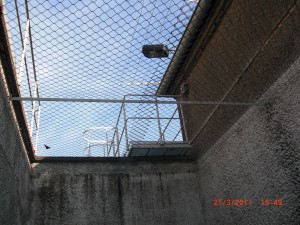 This is a small square yard where the prisoners were allowed to exercise for very short periods in one day. The view is of the metal fencing covering the top

Five nights in Berlin as not really enough for the amount of stuff to see and do. Probably, another couple of days would have done the trick. It would have been nice to rest a little in between trips or do a bit of shopping. Berlin does not really have a centre for shopping like many other German cities. The shops are dispersed over the city, so it makes it quite difficult to shop. Nevertheless, I suppose I saved a few pounds as a result.