Brussels Belgium seems to be becoming a trendy spot for weekend getaways and holidays. Apart from its famous chocolates and great beers there are many attractions that most visitors cannot begin to imagine. It is a significant centre of European culture with almost 90 museums, beautiful parks, fascinating walks, with many great restaurants and bars.

Every one has a perception about a place before they visit. Many people think that  Brussels is a fairly boring city with many office blocks and government buildings. The truth is that it is totally unlike what you would expected it to be. It is a wonderful city. We were fortunate to have a very kind friend to show us around and give us a very detailed tour of the city as soon as we arrived. I joked that I will give out his phone number so others may get in touch. However, other people I have discovered someone else with good reviews on  Brussels Walking Tour. Be sure to take a folding umbrella, waterproofs and a good pair of walking shoes. 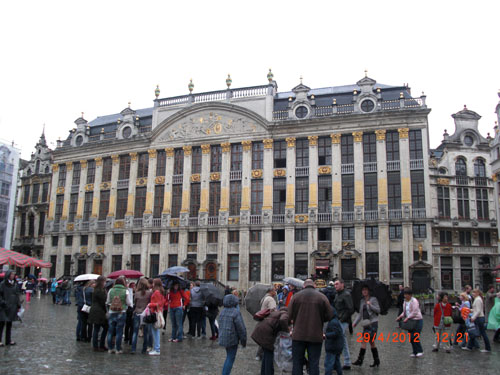 Another beautiful building in Grand Place 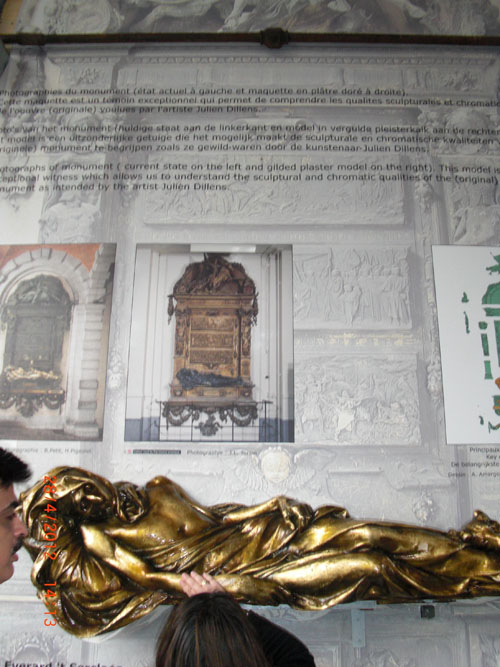 Just off the Grand Place is a sculpture by artist Julien Dillens and considered good luck if you touch it. 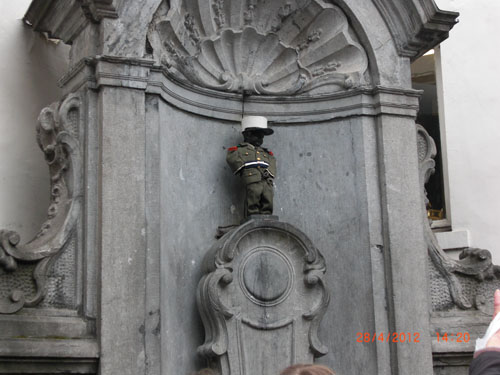 A bit further down the road is another famous monument. The famous “Pissing” Boy who appears sometimes dressed in a uniform and sometimes naked.

There are two rail stations in Brussels. One is the Brussels Central Station and the Brussels Midi (this is where the Eurostar stops).

We stayed at the very central Scandic Grand Place Hotel. It was just around the corner to the Central Station but a 13 Euro taxi ride from the Brussels Midi rail station. At first look the outside hotel facade was a bit dirty. It could have done with a jet wash. My view changed however when we went in. It was a pleasant surprise. The room wasn’t huge but well equipped, it had a trouser press and tea and coffee making facilities with a complimentary bottle of water in the fridge. The bed was huge and very comfortable and there was also a few BBC Channels which made it easier to relax in the evening. A buffet breakfast was included in the price, this included hot food as well as cold meats, cheese, fruit, bread, pastries etc. It catered for every ones taste.

The Coudenberg is definitely worth a look. It is the former Palace of Brussels archaeological site and museum. The site is 1000’s of metres long running under roads and buildings and all underground.

For something to eat, mussels and chips are quite popular in Brussels. If you get an opportunity you have to check these out  Chez Leon. This was a highly recommended restaurant and didn’t disappoint. There seemed to be so many restaurants to choose from in those narrow side streets but we tended to avoid those who tried to entice us in. Chez Leon one evening had a queue of approx 30 people waiting to get in. They all must have heard it’s good. 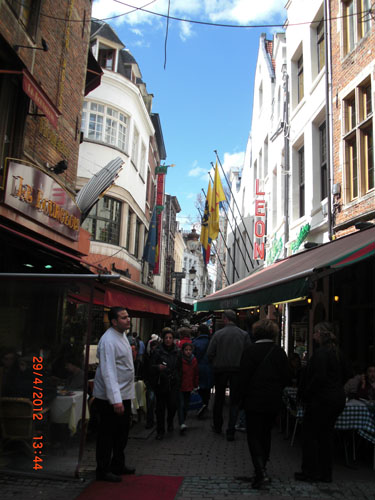 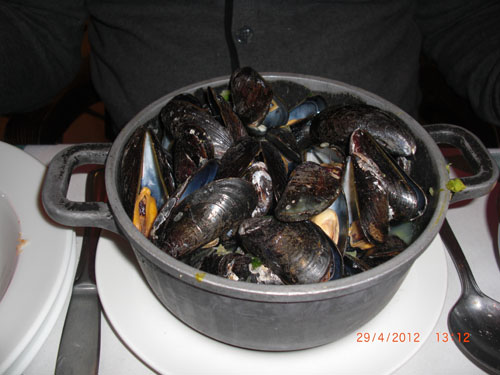 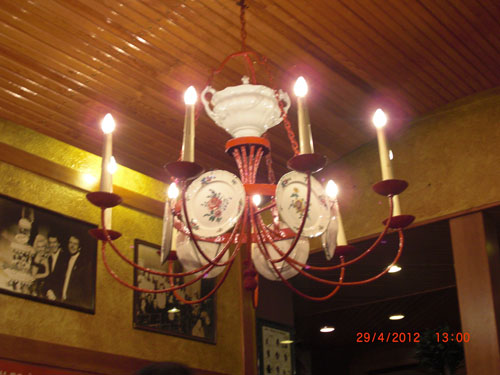 For somewhere to drink we went to Delirium Cafe Beer Cellar. They claim to have over 2000 beers from around the world and over 30 on tap.  The Bar tenders seemed to be quite knowledgeable and will suggest a beer to your taste. 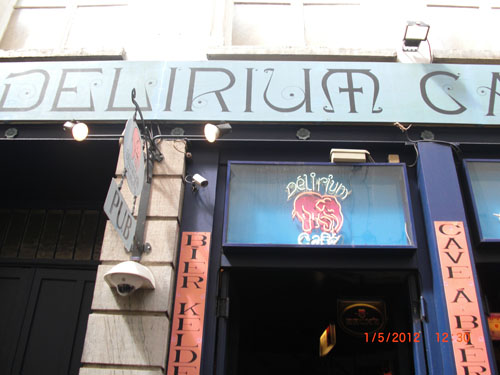 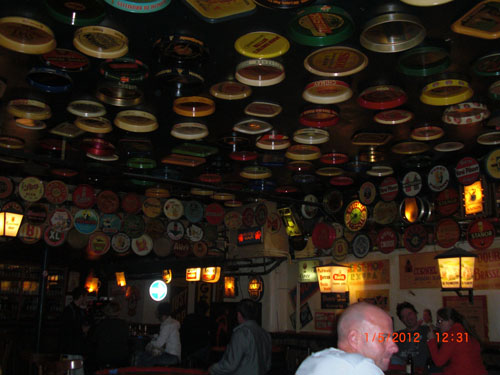 We also took a Tourist Bus, a must for any new visitor to Brussels you can hop on and hop off during any 24 period. You can pick up a bus at many bus stops along the route but start at the central station.

We were taken by our friends to this beautiful 16th century farm house restaurant. The food was amazing. It was way out from the centre. The owner spoke English so was easy to deal with any requests. They have a web site herehttp://www.lafermeduwilg.be The photo above shows their name.

From Brussels it  was fairly easy to take the 1 hour train journey from the Brussels Central Station to Bruges where we spent a wonderful day.

All having been said….Brussels is definitely worth the trip.